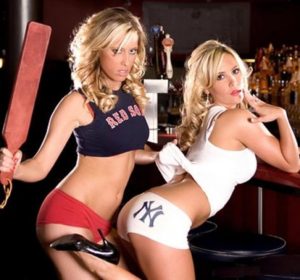 Columbus Day has me thrown off. I had to check three times to make sure I had the day of the week correct. No mind, its not like I ever have a normal work week or anything. But I could use a day off sometime.  Not a lengthy layoff like the Yankees now have, but just a couple days in a row.  But back to that…they gave game effort but they stuck with CC too long when he had average stuff last night.  Boston will take on the defending world champion Houston Astros starting Saturday and the NLCS kicks off Friday in Milwaukee.  Good luck to whoever you are rooting for (unless its the Dodgers or Red Sox).

Hockey winners last night were: Columbus, Carolina, San Jose, Calgary, Winnipeg and Toronto. Nothing else of note happened in the sports world. 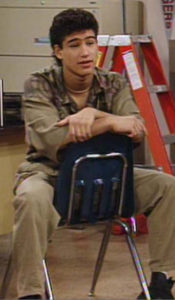 Its also the day on which the cellulose billiard ball was patented, the Chicago fire was finally extinguished, the dinner jacket made its debut in Tuxedo Park, NY, Ho Chi Minh entered Hanoi, “Giant” (a better film than it gets credit for, in my opinion) made its debut, so did “From Russia With Love”, Fiji became an independent nation, Spiro Agnew resigned, Giants Stadium opened, Steve Perry joined Journey, Springsteen’s “Tunnel Of Love” album was released (it was garbage), Joseph Harris went postal, LT’s #56 was retired by the Giants, and the cornerstone for the Holocaust Museum in NY was laid. 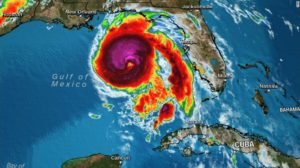 Hurricane Michael is about to absolutely hammer the Florida panhandle. Fortunately its moving pretty quickly, but its still going to be devastating.  My thoughts and prayers are with those in its path.  I hope you’ve all gotten out of there In time.

Well, Sears is circling the drain and is preparing to file for bankruptcy protection. I mean, pretty much everybody not living under a rock saw this coming but that doesn’t make it any less sad.  They were a retail titan for damn near a century. 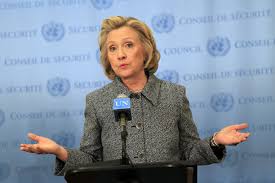 What difference, at this point, does political violence make?

I’m not sure if this is a call for violence or not, but I don’t know how else to take someone who says you “cannot be civil” with your political opponents. Look for things to escalate in the sunup to the midterms and fully expect the left to resort to violence should they fail to capture the House. Well, I suppose I should say more violence.

Nikki Haley is stepping down from her post as ambassador to the United Nations. I think most everybody was caught off-guard with this one.  We’ll see what happens next, but I really want to see John Bolton get the post based solely on the statements he’s made about the UN in the past. (And yes, I know he’s got a lot of assholish views, but he’s dead right about our involvement with the UN.)

Murderer Jason Van Dyke has been moved far away from Chicago as he awaits sentencing. I hope he doesn’t get a single good night’s sleep while there. Or after sentencing. Or once he’s in prison. Or ever.

The finger-pointing has already begun in the aftermath of the deadly limousine accident in New York. The limo operator can expect to be sued out of existence at a minimum, but if the latest claims are true, he’s probably facing a slew of criminal charges as well.

The DC Doxxer will not be granted release before trial. Prosecutors claim a potential flight risk.  Looks like the judge learned something from the Awan family situation after all. The alleged Doxxer was employed by Shelia Jackson-Lee (D), Maggie Hassan (D) and others (D, D, D, D).

I’m sorry, I have to play two songs by two artists today.  I was genuinely torn but didn’t want to disappoint anybody: This one is an obvious choice. You know, seeing as it is perhaps one of the best 80’s rock songs recorded. And here is the second song. Which has a level of brilliance only that band could exhibit.

Now go out there and give em hell today!

The Hat and The Hair Extended Universe: Hillary, The Becoming: Episode 21

“I just don’t know what to do, Grandmother,” Hillary said, kneeling painfully before the crone on the dais. “Lose not…