Uh oh… you don’t get a direct call from SP when things are going well. It was a bit hard to hear her, with the Cartoon Network on at a high volume in the background, but she told me to come to the command center right away. In person.

We all filed in the conference room and took our seats. 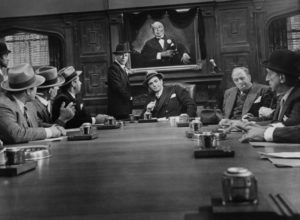 It was announced that we had a STEVE SMITH problem. Funny…I thought mexican sharpshooter had his tiny ass dog back, and STEVE SMITH was on the way to rape reindeer or roger Santa or somesuch. It was much worse than that…

We had credible intelligence that STEVE SMITH was really headed to the Netherlands…to the ICC. He was going to turn himself in for RAPECRIMES against Humanity. Worst of all, he was going to roll over on us. We had put him up to it, for site content! None of us wanted to go sit in Slobodan Milošević’s old cell and die waiting for trial in the Hague. So what were we to do?

mex begged off, having just had a scrap with the RAPESQUATCH. Understandable. SugarFree was willing, but he was a bit tied up with an odd situation at work. Something about a valuable member of the team had gone missing, and he was on the trail to find him. I looked over at Warty, but he demurred. He was too busy building a Brazilian Ju-Jitsu robot, to act as a sparing partner. The last guy he sparred screamed like a damned soul when Warty dislocated both his shoulders…and a kneecap…and an ankle. Oddly enough, nobody in the gym wanted to practice with him after that.

OMWC told us no way in Hell he was going to risk CPS kicking the door in while he was gone and end up with a warrant for a “Home Alone” case. SP couldn’t leave, as the site would crumble. Plus she was usually engaged in some sort of mortal combat with WordPress or Comcast or someone like that. BrettL and sloopy had links duty, and small kids. Riven was stuck in an endless meeting loop at work…kind of a beginning of Superman type prison thing. Sounded awful. 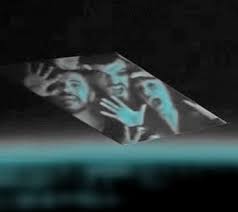 “Let us out of this meeting!”

HM volunteered, rather Heroically, I thought. But he had to stay and do some linguistics work for us. We have hopes for a rather profitable return on a Anime-Twerk-Thicc-English interpretation app. So he was told to stay and work on it. Anyway, if that CUMMIEBOT ever returns, we need HM to deal with it. Guess who that left… Me. Obviously ZARDOZ could not go undercover. Besides, he was too sympathetic to STEVE SMITH after the RAPESQUATCH helped him dry out last year. SEA SMITH…yeah, family loyalty.

Fine. OK. Guess I am it. This should take a week or more to do some recon, and lay in wait for THE STEVE SMITH SANCTION.

Did someone say “Sanction”?

I will do my best to send reports. I have to go pack now.

P.S. I want to be back in time for the wailing and gnashing of teeth this will bring.

[caption id="attachment_26586" align="aligncenter" width="555"] Scene from the last Glibs meetup[/caption] I suspect Hell is about as hot, but not quite…