Hello and welcome to Pie Ponders, in which Pie – that is me for those who took a rather undersized bus to school– raises questions on various topics of great importance. While in some post I present my views on one thing or another, others are sort of thinking out loud. This post is part of the latter.  Today I want to cover a common argument that appears in political debates and which I often find dubious – the let us call it Luck of Birth argument.

The way it usually goes: well it is easy for you to talk, you were lucky, you were born healthy/ in a good country/ in a good family / cisheterowhitemale / tall dark and handsome / whatever. You won the birth lottery, so shut up and pay, shitlord. I find this ehm… problematic, excuse the word, and I will expand upon it.

First what is a human? Well, dear children, in most cases when and evil cishet patriarch oppresses a poor innocent woman through unspeakable acts of reproduction, a human may or may not appear. For the purposes of this argument, we will ignore the spiritual part and say we have a bag of meat, bone and various fluids of questionable purity. In the end, we are a species with sexual reproduction, so in most cases a human is the product of DNA of two other humans. This lump of organic matter is then shaped by the environment it develops in, and by a messy combination of nature and nurture you end up with Pie or one of you lot.

The what I like to call “socio-religious” version is much more clear, simple and straight forward. You have these pre-born humans you see, who, by pure chance, are assigned to one female or other. If you are assigned to a certain female, you are lucky, ya bastard. And since you are lucky, you are no longer entitled to an opinion for the rest of your life.

I find the luck argument does not stand up to scrutiny. I am not really lucky because I was born in Romania. I could not have been born in the Congo (worse luck) or Switzerland (better luck), because I, whatever that may be, am the result of combined Romanian genes raised in a Romanian environment. I would not be me had I been born anywhere else. Furthermore if you are born in a good country or family it is, in part, because generations worked to build a better world, specifically for their offspring.

I am not lucky to have been born to a responsible family which provided for me, I was the product of a deliberate process of two people to create me, and they had to try for a while, I did not come easy. My parents would have behaved quite differently had I not been born.

The cisheteromale thing I have no defense on. While I am slightly above average tall and dark haired, I am not particularly handsome. So no luck there. Then again, one of my university professors used to say it is bad to be short, ugly and stupid. If you are not one of those, it is still ok.

While yes, there is a let’s say valid view that it is lucky not to be born with a severe illness or disability, or in a war zone, or a soulless ginger, or any of the bad things that may happen, in the end your genes are part of the very base of human biology and I struggle to call it a “genetic lottery” because it is what it is. Height, health, beauty, intelligence. A well-shaped nose, well-proportioned ears, nice eyes, good hair, all these things are just characteristics, and while you can indeed say it is “lucky” to get some of the good ones, it is over all meaningless. Because it is what it is and it cannot be changed. Is it better to be taller or have a prettier face? Healthier or smarter? Who knows? This is to integral to what a human is to just call it luck. 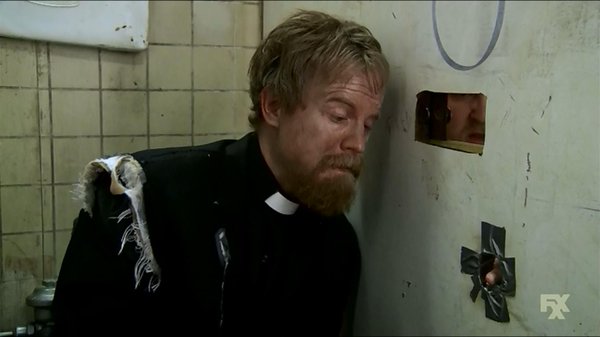 Now let’s assume that all this is, in fact, luck, depending on how you define luck. It still has no bearing on the validity of your words. Just because you get lucky, it does not mean you are wrong. I often heard in debate “maybe you would think differently if you were born poor”. There is an old saying: if my grandma had wheels, she’d be a car… What relevance does that have? It would not have made my views better or more correct. It is a rehash of the whole bourgeois logic argument commies throw around – the left is nothing if not unoriginal when you get down to the basics. When I argue politics, I try to use reason and fact, not personal anecdotes, precisely because personal anecdotes are just that, subjective views. My whole attempt at political philosophy is to derive something as objective as possible, keeping in mind the constraints of human though. The left, off course, tries to push the whole “everything is subjective” precisely to shut down debate. Why find counterarguments when you can say well you were born in a family that took care of you, you were lucky? It is just another ad hominem, in the end.

The ”birth logic” argument is, in fact, quite objectively wrong. There are poor and rich people on the right, the left, the center or the libertarian sides, sick and healthy, young and old, tall and short, Romanian and American. It is clear that being poor does not guarantee having the same views, I mean just look at all those poor people who internalized wrong think and do things against their interest. There are plenty of poor libertarians, so had I been poor there is no guarantee I would have been a left winger. If birth logic is the logic “they should have”, it is still wrong, as what an idealist thinks people should believe is pointless.

In the end, the birth lottery is no guarantee of anything. I will finish the post with a personal anecdote, because it seems fashionable these days to do so and it was one of the things that made me reexamine the luck argument. So let us get anecdoting.

I was lucky to be born in Bucharest to a family that provided for me – not any kind of luxury, but sufficiently that I did not fear about whether the next meal will come. The second person in my anecdote had the same luck, his family being somewhat wealthier than mine. I graduated from the Bucharest Polytechnic with a degree in Electronic engineering focused on information technology. I did not choose this university out of some passion for the subject matter, but because in general employers in Romania have good opinions of its graduates. This is not because it is a particularly good university – none in Romania are – but because it ensures a level of selection and filtering of people. It is a fairly difficult university and not necessarily in a good way. But the first level of selection is that, in general, people who want to go there and pass the exams are usually in the top performers in high school.  The second level is you have to learn a lot of stupid shit and you have to understand some not so stupid shit. Finishing it is sort of a sign you are fairly intelligent and capable of learning and willing to put in the work – often pointless and/or unpleasant work – which is sometimes necessary in the modern work place. 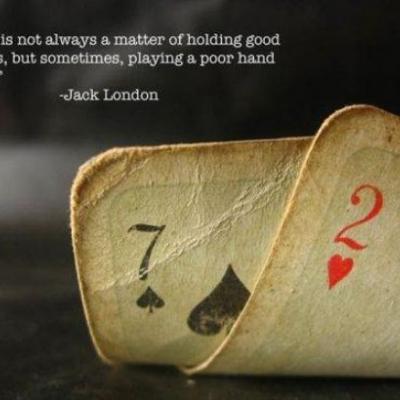 I finished this rather difficult university while holding down a job – this is very common in Romania, university is for getting a degree, a job is for learning things and getting hands on experience. The university being in Bucharest – the best job market in the country, luckily for me – and the high demand for tech work ensures polytechnic students can find jobs. The job are also needed because when you graduate with no actual work experience, you will be competing for jobs with mostly people who also graduated and have work experience. It is difficult though, most days I left home at 7 30 AM and got back at 7 pm and often worked some in the weekend. My holiday from work was mostly during exam period, so I could study.

On the other hand, the University of Economic Studies is not particularly difficult. If you study some bullshit like International Economic Relations as he did, it is even easier. You can graduate without a sweat and with plenty of time to get a job should you choose. It is, in fact, significantly easier to find time for a job, as school attendance is much more voluntary. The fellow I speak of did not get a job as he wanted to have a bit of fun and enjoy university life, and his parents were giving him enough money. Even so, he did not graduate with a particularly good grade average, as studying was not his thing.

You can imagine, his first job did not pay much and he was rather unhappy about it. So when we met and talked about jobs he told me, without a hint of irony, you are so lucky, you have a good job. I was a little dumbstruck. There was zero association made between working versus partying in university and the subsequent income. And I understood the appeal of luck.

Not all cases are this clear cut off course, and there is some luck – if you define it at that – in everything. But people are too quick to appeal to “the luck of the draw” as a universal explanation. And in the end, you play the hand you are dealt.

I hope everybody got the deals they were looking for on new (or gently used) sexbots. There's a part of…

It's Cyber Monday, I hope you all enjoy the online shopping, hopefully Amazon will have as good of deals as…