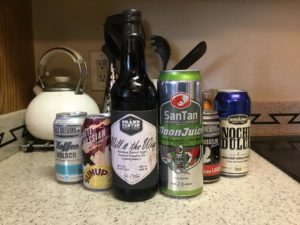 The beer you’ll all want to hear about is the one mexican sharpshooter reviewed here, and he got accused of trolling for his efforts. I can relate.

This is my review of the Autumn BIF.

I too have had my sincere opinions dismissed as the contrarian trolling of a prog plant simply because I won’t toe the line and accept the Republic… er… Glibertarian narrative. In fact, I put up with a lot of bullshit around here. There’s no need to rehash the whole Logo fiasco, I’m over that, but what about the Glib specific ‘First’ GIFs I created for the site. Zardoz still trots his out occasionally but that’s it, I can’t remember the last time my Thicc Edit Fairy GIF was used, and I don’t think they ever used my favorite ‘First’ GIF ( the one with the “winking” cat under the One’s top hat). I can handle it though, I’ve had decades of practice accepting rejection. I could mention how I single-handedly ushered in the golden age of commenter submitted articles with a legendary drunken rant, but why bother? What thanks did I get, a nice little e-mail asking me to stop submitting articles that’s what. Oh and you guys are happy to hit me up for construction advice, yet I’ve baked more pizza than any ten of you combined have eaten, I gave you my secret dough and one-of-a-kind sauce recipes, hell, I helped Trashy with his soggy crust problem, and am I respected as a master pie man? Am I fuck. The indignities are almost too many to list. I get no credit for my puns in the pun threads, which are actual wordplay not just using a word related to the theme in its normal way… “Oh a fish themed pun thread, I’m going to add ‘he took the bait’ ha-ha”… How is that even a pun? I mention all that just for the Halibut, it was all water under the bridge. Then mexican sharpshooter tries to poison me, sealing used motor oil thinned with turpentine in a beer bottle. 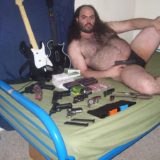 You mean this guy?

I may not be able to take a hint but I’m not totally obtuse, so I’m pulling an ‘Eddie’, well maybe not an ‘Eddie’, I’m not going to request that the editors scrub the site of my submissions, and I’m not going to exchange nasty emails with the founders (unless they’re into that kinda thing) but I’m definitely pulling a ‘The guys who’s avatar was a naked dude on a futon with some guitars.’ I hope you assholes enjoy your echo chamber.

How were the other beers?

Thanks to mexican sharpshooter for the beers and Neph for setting this all up. looking forward to the spring B….oh wait I’m outta here, Auf Wiedersehen jerks!

This is the week that Will Be: The Horoscope for the Week of November 18

Unlike last week, this week's skies don't require advanced PowerPoint technology to decipher.  Which isn't to say that things are…

[caption id="attachment_21550" align="aligncenter" width="300"] ZARDOZ FEELS LIKE FRIEND LOOKS.[/caption]   ZARDOZ SPEAKS TO YOU, HIS CHOSEN ONES. IT HAS BEEN…