Well I hope everyone had a happy Halloween last night. It rained here for the second year in a row, but at least we got some candy-begging in.  And the nice part was: without a ton of kids out there, the people handing candy out were extra-generous.  So we got a good haul in without having to walk much more than a mile or so. Speaking of tricks, there was one single game on the ice last night, as Chicago fell to Vancouver 4-2. That’s it…one single freaking game the whole day. Way to go Bettman. No real other games of note, so in to the birthdays. 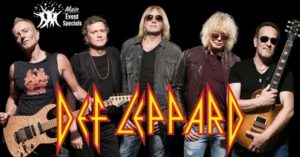 What has 9 arms and sucks?

Its also the day Michelangelo’s works on the ceiling of the Sistine Chapel were unveiled to the public, Shakespeare presented “Othello”, so was “The Tempest”, John Adams moved into the White House, Nicholas II became Tsar of Russia, Ataturk took Constantinople and the Ottoman Empire ended, Dupont introduced synthetic rubber to the world, the first issue of “EBony” hit newsstands, Fulgencio Batista was elected president of Cuba, Jacques Plante became the first NHL goaltender to wear a mask, “Cool Hand Luke” hit the big screen, “Joseph and the Amazing Technicolor Dreamcoat” hit the stage, “Titanic” opened, and the Houston Astros won the World Series last year. 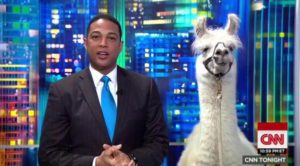 Lemon and his intellectual equal…this is CNN.

Don Lemon continues to insist that white men are “the biggest terror threat in this country”. And that terror threat, whether he’s right or wrong, is so minuscule as to be statistically irrelevant. Also, he’s a divisive asshole.

Trump surprises everyone, including the Pentagon, when he announces that troop levels at the southern border could reach 15,000. This is certainly a debate with some merit: is this a good move, is it a legal move and will it do any good? 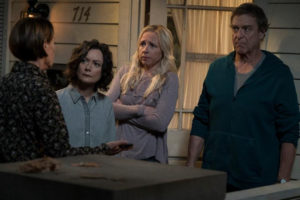 Sorry, everyone. But the show’s dead.

I guess all those smug douchebag progressives who were going to happily tune in to see “The Conners” after Roseanne was unceremoniously removed from her show decided they had something better to do when the second episode rolled around. ABC has ordered just one more episode…probably to put a bullet in the show’s head.

A San Fran cop and paramedic were fired (well, one retired) for assaulting a patient that had been restrained in an ambulance.  And charges were actually filed, which is a miracle.

What is it with businesses in big cities and their desire to be lorded over by the state? Oh yeah, this is about creating barriers to entry. Silly me for thinking there was any other motive.

Reid raising the esteem of the Senate

Trump channeled “Dingy Harry” in speech about ending birthright citizenship. And Reid fired back in his customary manner.

Play stupid games, win stupid prizes. This all happened a couple miles from my house. Thankfully they didn’t lock down the entire area.

Tough choice on music today. Since I played the Red Hot Chili Peppers so recently, I’m going in a different direction today with this song. And this one, which is part of a great debate. OK, I couldn’t completely resist.

Go have a great day, friends.

Talk to the cops? Are you crazy? (part one of a multi-part series)

I have the glory and honor of appearing on a few court-appointed lists in the area. This means…

[embed]https://www.youtube.com/watch?v=lmEkuACGSvk[/embed]   I stood by the box of mementos I had pulled out of the old Subaru for a long…