Talk to the cops? Are you crazy? (part one of a multi-part series) 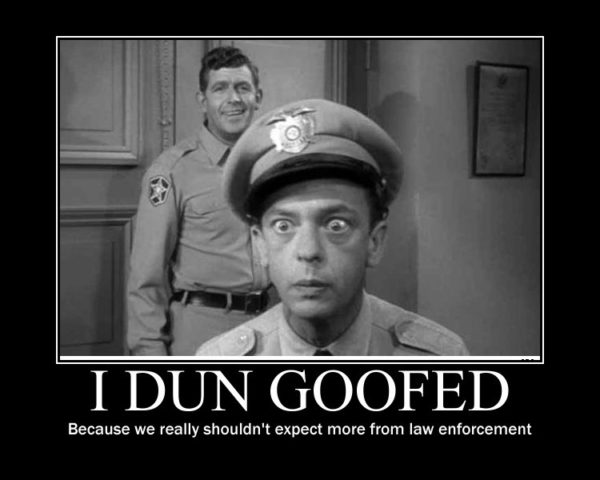 I have the glory and honor of appearing on a few court-appointed lists in the area. This means I represent clients for misdemeanor, felony, and child protective/ delinquency cases. And I really don’t mind doing this kind of work. Strangely enough, going to law school really prepared me well for doing this kind of work. Go figure. Although it wasn’t taking the required criminal law classes that prepped me, it was the overall structure of the classes.

One of the perks of my job is that I get to read a lot of police reports, and talk to police officers and detectives a lot. The reason why I say this is a “perk” is that it makes me look at the arguments law enforcement would use if the case goes to trial, and how police psychology works. It’s actually quite underhanded and manipulative once you break it down into its pieces.

Sometimes, and it has happened more recently thanks to getting on those court-appointed lists, I have potential (retained!) clients call me with the following scenario: “I was at a party last weekend, with a lot of friends. My friends tell me that Tom says that I committed a crime against him, and that he called the cops. Should I talk to the cops?”

My advice is always “No, you have no obligation to talk to the cops.” And then I tell the potential client, “if the cops call you, tell them you won’t be questioned without your lawyer present.”

1. The format: Police reports are written in a good guy/ bad guy format. It’s like a play. Usually –and I can’t think of a time I have seen it any other way — the person who calls the cops is the “good” guy. Once the cops identify the rest of the players in the play, they will try to finger one person  (or possibly a group of people, who end up as co-defendants) as the “bad guy.”

This is the beginning of how the mind set of law enforcement works. It’s easier to sell the story to a jury if the play is simple. Good guy / bad guy is a scenario we have all seen, and the jury will want vengeance, justice, or something, for the good guy. This is how a conviction is made.  Also, police and prosecutors know their audiences: it is the general public. What is the general public’s IQ? How does the general public feel about victims and justice?

2. Corroboration: Talking to the victim, or alleged victim as I like to call him/her, gives the cops a list of other people to talk to, witnesses, before they talk to the person they’re trying to cast in the “bad guy” role.

This is how under-handed the police mindset is, as talking to other witnesses first becomes a set-up for the defendant to put his own picture in the frame, or cast himself in the starring role. It also gives police an inside edge, as this leads to a cross-examining of the defendant from their first contact.

3. Contacting the defendant: The scene is now set, the cops have a victim, and some witnesses. Now all they need in the play is the bad guy.Once the cops call the potential defendant, they begin with what is called a “leading” question. Sometimes these are called open-ended questions. It’s the sort of question an interviewer uses on a job interview, such as, “where do you see yourself in five years?” it doesn’t lead to a “yes” or “no,” instead it leads to more of an explanatory answer.

Or, in the potential scenario of being pulled over, it sounds more like this “How fast did you think you were going?” This leads to an answer that can be incriminating such as, “I’m not sure, but I think was going about 35.”

Except in our “play,” as written by the police, it sounds a bit more like, “Hi, Jim. My name is officer Bishop with the County sheriff’s office. Tom talked to us, and said you committed a crime against him.”

This open-ended statement might lead a person to possibly deny the assertion, or to try to correct the cops. The problem is that any other statement a potential defendant makes at this point can be used to cast him in the role of bad guy, no matter the answer.

Usually by this time, again, cops have talked to other witnesses, and so once the defendant says something, an officer can counter with “Well, Mr. Johnson said you went after Tom with a carving knife.” Here’s the corroboration coming to assist the cops, and further explanations by defendants are only helping the police.

Also, the next thing a defendant says – even if it is the truth — may lead to a credibility problem not too far down the road. The options are to either a) deny what has been said by Mr. Johnson, or possibly point the finger at someone else; or b) deny what was said totally. (Option (c) is also available, however).

At the first contact by police, asserting an attorney’s assistance would be helpful. Instead, defendant should answer, “I’m sorry officer, but I can’t talk to you without my attorney present.” That’s option (c), which no one seems to take!

Either way, the cops have an alleged victim, and a corroborating witness who already say nearly the same thing. But according to the defendant, those two are both liars now. That won’t seem likely to a potential jury, will it? This is just grist for the mill of the prosecution. Think again of the audience, which is the general public. Who should the jury believe: the defendant – or all of the possible ways to agree with the prosecution: instead the jury can believe the alleged victim, officer testimony, credible witness testimony . . .

4. The defendant’s natural response works against him. This is where manipulation also comes into play, in case it wasn’t used already when contacting the defendant. Most people are raised to think that the cops are good people, and that working with the cops will help everyone (even when being questioned about something).

A second natural response happens when police contact a suspect. The suspect wants to “set the record straight” about what really happened. This works against the suspect as well. The police aren’t interested in getting it straight, they are interested in the “good guy/bad guy” scenario.

Back to my job: I can’t tell you how many times I have had clients tell me “I was respectful”– “I didn’t make a scene,”– or “I cooperated.” Even clients with fairly extensive criminal records tell me this, when their prior involvement with law enforcement should have them knowing better. Who cares whether you cooperate with the police? The police will do their job whether you cooperate or not. And that’s what they are paid to do, so why help them to do their job? I don’t see the cops coming along to help you do yours, now do I?

5. The fact that cops wear uniforms works in their favor. It’s intimidating, for one. Second, it tends to lead to obedience on the part of defendants. Clients/defendants know that cops have uniforms, guns, and jails at their disposal. So it’s easier for cops to get compliance, and so defendants/clients to give in to authority: the alternative can be scary – even if you are innocent. People in that situation tend to want to get out the situation as quickly as possible, so it’s easier to tell the cops something. Third, the uniforms are de-humanizing. It’s not a guy who happens to be a cop, it’s a cop! People see the uniform, but not the individual in uniform.

Well folks, that is all I have for now. Thanks for listening. Feel free to comment, leave suggestions, etc. My upcoming specials will be:

Part two: The Big C: When do your Constitutional rights “attach” to the situation? 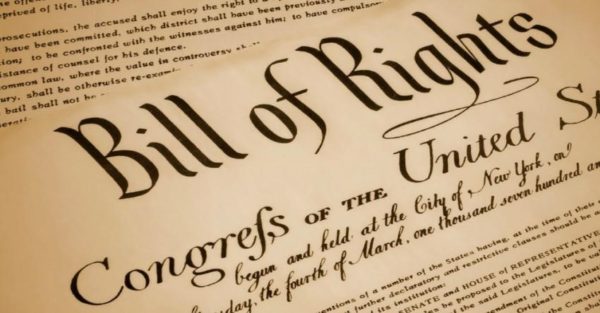 Part three: Evidence problems. What the police report says, can it be “in” evidence?

Lastly: this is totally worth the watch: a criminal law professor covers exactly the same topic I just did!

Happy National Candy Binge Day. If you need a purgative, you should really check out SF's final Subaru Horror Theatre…

Well I hope everyone had a happy Halloween last night. It rained here for the second year in a row,…