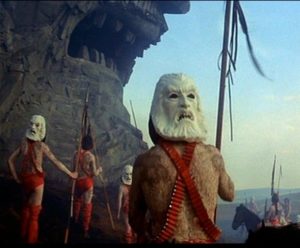 ZARDOZ SPEAKS TO TO YOU, HIS CHOSEN ONES. CONTINUE YOUR MASSIVE AMOUNT OF COMMENTS TODAY – NO LINKS ARE NEEDED! ZARDOZ HAS SPOKEN.

I think I went 8-8 last week, but in my defense, I never said I wasn’t terrible at handicapping. If…

Kitbash: For Want of a Sprue

This story starts with a Christmas sale at the friendly neighborhood gaming store. While browsing, I managed to talk myself…