ComiXology, an Amazon.com, Inc. subsidiary, is a revolutionary, cloud-based digital comics service. With content from over 125 publishers as well as thousands of independent creators from around the world, comiXology provides an unrivaled library of comic books, graphic novels, manga and bandes dessinées. The company’s first-in-class innovations include the exclusive Guided View technology which provides an immersive and cinematic reading experience and a monthly subscription service. ComiXology is based in New York City, with operations in Seattle and Los Angeles.

Comixology Unlimited is a $5.99 a month service that allows you to read an unlimited number of comic books from a limited catalog of books.  And that’s the nut. If there’s stuff in there you want to read, it’s a good price that lets you drink from the fire hose. If it is $5.99 for access to crap you don’t want, it is a waste of time and money.

The reading experience took a while to get used to, but that’s mostly my fault.  I’m reading on a Google Pixel 2, which has a 5 inch screen. Trying to fit a full page on this isn’t going to happen.  I’ve found that you can read in landscape mode with the page set to screen width and scroll down, and that works pretty well for most pages.  But if there is a big splash screen or something interesting in the lay out, it’s a bit of a hassle.

The Comixology app tries to solve this with something called a Guided View, where you are transitioned from panel to panel.  Again, this is ok, but fails to give you an overview of the whole page. I found that this is really important for me, so I didn’t use Guided View for a long time.  But last week I decided to see if I could get it work. Under settings, there’s an option to show the whole page on enter (or exit if you want,) and I found that gives me the experience I like.  I can see the whole page and then it feels like I”m zooming in on the panels. Between that and aggressively rotating my phone between landscape and portrait orientation, I’ve got to say that the reading experience is pretty great.

The Guided View with my preferred settings is “better than free,” that is, I’d pay for this even if I got PDF’s of the books for free.  The ability to whip out my phone and read a few pages while waiting at the bus, standing in line at the bank, or when my kids are trying to talk to me at dinner is nice and I’m glad to have it.

The selection is really the life taker or heart breaker of this service.  So what did I find? Lots of good, and a little bad, as long as you have a reasonable expectation.  I knew that the publishers wouldn’t want to cannibalize new sales, so I expected to only find old stuff.  By and large, that’s been true, so I’m happy with that. Some publishers, and I’m looking at you Dynamite, only like to put the first trade of a series on Unlimited to entice you to pay the per-book price to buy the rest of the series.  More on that later.

So you’ll have to look at the Unlimited catalog for yourself to see if it has enough to get you to shell out six bucks a month.  For me, there is more than enough to keep me entertained. Marvel and DC have taken all their goodwill with me and lit it on fire   Not the SJW stuff – that’s always been a part of the big 2 publishing houses. It’s the stories. I have no interest in reading books that are going to last two years, maybe, and that are going to get jerked around to fit the latest and greatest cash grab event.  But the backlog from the big 2 and indies is large enough to keep me going for a long, long time. Here’s some good stuff on Unlimited that I’ve been reading: 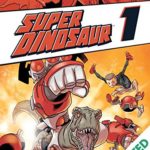 Super Dinosaur!!! This book is a wonderful, earnest story about a kid-genius and his best pal that happens to be a dinosaur.  Lots of awesome stuff happens and it’s all innocent, crazy fun from a guy that we know can write serious, brooding stories like the Walking Dead and Invincible.  But this is a book for your inner seven year old. I didn’t even write those exclamation points, they just showed up on their own. 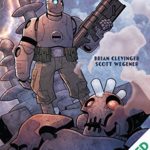 Atomic Robo & The Fightin’ Scientists of Tesladyne The honest to God, true life documentary story of that one time Nicola Tesla invented a nuclear powered robot in 1932 that went on all sorts of zany pulp adventures.  HP Lovecraft shows up. An insane dinosaur mad-scientist shows up. Carl Sagan shows up. There are lightning guns. There are cowboys. More fun for your seven year old self. 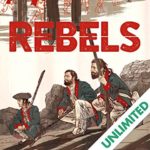 Rebels The honest to God, true life documentary story about Seth Abbot and the Green Mountain Boys.  Ok, this historical fiction is actually about real people. There are no lightning guns or dinosaurs.  This isn’t a story for my seven year old self. But I love the Revolution. Its fascinating, and I think every American should buy into the myth of America.  And oh look, its written by a guy who calls himself an almost-socialist (before it was cool to do so) who also thinks that the Revolution was fascinating and that a myth that every American should buy into. 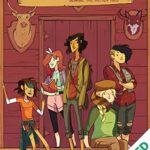 Lumberjanes Yeah yeah, it’s a book by SJWs for SJWs and it passes the Bechdel Test.  I don’t care. This is a good book. A bunch of girls at summer camp solve a bunch of Scooby-Doo level supernatural mysteries.  The characters are fun, the story telling is tight, the jokes are plentiful, and the politics are on the back burner if they are in there at all. 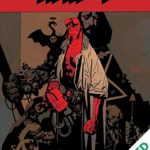 Hellboy Man, what can I say about Hellboy if you don’t already know about him?  Ok, here’s the premise – Hellboy is a demon born on earth due to a WWII occultist’s summoning.  He is prophesied to bring about armageddon. And.. he’s got the personality of a blue-collar dude that just want to live a normal, humble life.  But he’s stuck working for the government as a paranormal investigator. He’s a wonderful, lovable character living in a world of geek-porn. There are Nazi’s, Rasputin, his best friend is a fish-man, his lady-friend keeps setting things on fire with her brain, etc.  And the story is long, but the author has balls and is actually telling the story of the end of days that Hellboy was prophesied to bring about. 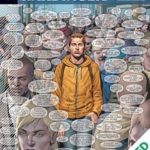 Valiant Everything (the new one) I came of age reading Jim Shooter era Marvel and Chris Claremont X-Men, were writers has years to weave dangling plot strands into a complete tapestry.  I watched Terra break Beast Boy’s heart and I watched Nathan Summers fly off into the future only to come back years later as Clint Eastwood. The new Valiant is telling those same kinds of stories with slow-burning arcs and identifiable, consistent personalities.  I’m in Act Four of the reading order, and so far everything has been on Unlimited. 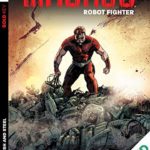 Magnus, Robot Fighter (the new one, no newer than that, the Dynamite one)  Magnus is cool – he punches robots. But now he’s infused with Super Dad Powers, which, as a Dad, I approve of.  I really, really enjoyed the first trade, but it is the only one on Unlimited. They want me to pay for the other trades… well, the problem is my BATANA is to just pick up another book I really like from Unlimited so that’s not going to happen.  Too bad. Maybe I’ll blow $5 on the next trade at some point, but I don’t think I will. Too many fish in the sea. 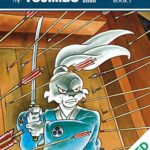 Usagi Yojimbo Don’t let the fact that it’s a bunny fool you, this is a great samurai epic.  Usagi is one of the great comic book characters of all time. Love. Duty. Pain. Sacrifice.  Loss. Intrigue. It has everything you could ever want in a samurai story. 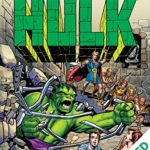 Incredible Hulk Epic Collection: Man Or Monster? Some of the old Marvel titles are really hit or miss.  Pro Tip – don’t go reading old Iron Man stories. But early Hulk was a lot of fun. There are a fair number of silver age collections, and I enjoyed re-reading this one.

So there you have it.  Comixology Unlimited – Try it for the 1 month free trial, and you should know within a week or two if it is right for you.

A Leap at the Wheel

Well Tiger ended his losing streak. And I have to say that he might actually win another major now, although…