A Lone Voice in the Wilderness 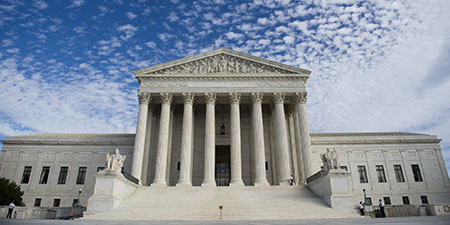 In 1981, Elena Kagan wrote her undergrad thesis on why socialism failed in the United States. It is a mixture of the usual litany of excuses, but primarily she contends that: A) the right people weren’t in charge; and B) the people were deplorables who voted against their own interests. They were unworthy of the glories of socialism.

Aside from sitting on the Supreme Court, there is not anything notable about her daftness. Almost to a man this is the line that leftists use to excuse the catastrophic results that socialism yields each time it is instituted, without exception. If it were not so serious, it would be entertaining to listen to the gibberish that is indistinguishable from insanity; after all these are people who cannot accept objective reality and wish to impose their views on the population as a whole.

What I find more alarming is that the inability to completely grasp reality is not limited to the left. Last night, I made the mistake of watching news on television. There was a lot of ranting about the evils of the Obama administration, the calling out of bad actors and explicit accusations of corruption since the 2016 presidential election in our entrenched and unaccountable bureaucracy. One phrase kept coming up: abuse of power.

It is frustrating to me that so many people only ever get it almost right. Of course there has been gross abuse of power. Of course there have been and are bad actors. The chances of this not happening are exactly zero. What the bobblehead pundits are missing is the fundamental premise that the Founders based our constitution on.

I hear people cite the separation of powers fairly often but it is not really that. It is not about separating of powers, it is about dividing power into smaller and smaller portions until no one person or group has the ability to do serious damage to our society. The Founders knew from experience that bad actors and abuse of power are inevitable so they crafted a system that dispersed power as much as possible.

Eventually some discussion of Senator Rand Paul’s hesitancy for endorsing Supreme Court nominee Brett Kavanagh came up. There seems to be much alarm about this yet no real examination of why Senator Paul has taken this position. While Kavanagh is a brilliant jurist and a fine human being, Paul’s hesitancy is based on Kavanagh’s less than stellar stance on Fourth Amendment rights. I think in the end Paul will vote to confirm, but now is his chance to call attention to the massive surveillance state we have built that is trampling our inalienable rights with impunity. You cannot have a massive surveillance state and secret courts in a free country. It is a simple fact. The FISA law and its courts should be burned to the ground and the ashes thrown in the sea. This is what Paul is trying to draw our eye to. This ain’t rocket science.

I would be satisfied with Kavanagh sitting on the court. He is probably the best we can hope for. He would be a huge help in undoing much of the undiluted evil that has been inflicted on us by statists, but he is not a cure for the problem. We must dismantle the apparatus of the surveillance state and the concentration of unaccountable power. As long as it remains, we will continue to have gross abuses of power.

Today is the last Monday in July. You know what that means. Today is Web Dominatrix's birthday. Also, I got…