There’s something to be said for the notion that comic books are like jazz. Both are American art forms, free form and unique, pulling inspiration from rustic roots and becoming insanely popular. The two art forms were born and bred from the underclass, dismissed as savage and crude by the educated at the time, and a protest against the stifling cultural norms of the time. They became popular around the world, but were never able to be fully replicated outside the United States…at least not in the same form. Both jazz and comics had a major societal impact. Both forms took themselves more and more seriously…and both seem to be creative dead ends, neither impacting culture or selling like they once did. 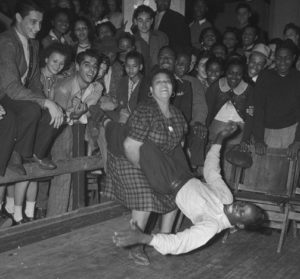 One might object that both are still important. After all, one can’t go to the theaters without being bombarded by men in capes. One can’t go out to eat without some light jazz playing in the background. Yet that doesn’t make the actual comics books themselves important any more, nor does it make jazz artists important. A popular comic today sells less than ten or twenty thousand copies. A new jazz album? About the same. Long gone are the days when Captain Marvel would sell two million copies each month.

This isn’t about jazz. Much as I love Miles Davis, and my Sundays are spent blaring away Duke Ellington or John Coltrane, it’s not an area where I feel knowledgeable enough to speak. Comics, however? That was my childhood. After baseball practice, glove hanging off my handlebars, I would ride down to the local convenience store and and coins in my pocket to pick something off the spinner racks that were ubiquitous. Paper route money would buy me Moon Knight, Spider Man, Batman, or whatever four color hero caught my eye. As I got older, my tastes changed. I would buy Cerebus, Love and Rockets or some other black and white independent comic. Later, those purchases would fade away almost entirely. It was the cycle of life. A piece of childhood put away in long boxes, to be opened again by some child, decades later.

The industry worked back then. Comics made money. If an issue sold below 200,000 copies it was in danger of cancellation. Today, selling just ten percent of those numbers would be a “success” by industry standards. If not for their value as intellectual property in movies and television, it would be a very, very obscure market. 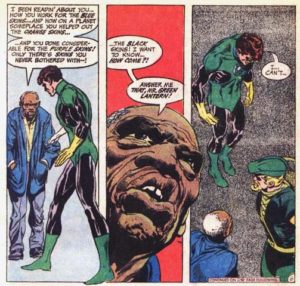 What killed comics? It seems that there are many answers. One argument is that it’s being killed by companies pushing a political message in their comics. In a push for “diversity,” comics have taken on an almost singular voice. Popular characters are replaced by women, people of color, LGBTQKT+ (or whatever word salad is in use as of this writing), etc. Sales fall, and then the “real” versions of the characters return. If one goes on Twitter, writers and editors are hostile and chastising to those who espouse a different political opinion.

The other side would argue that there isn’t enough diversity. Comics aren’t selling because they only appeal to a narrow demographic of unwashed white men with toxic attitudes, cloistered in unfriendly comic book shops. If you’re going to expand your audience, then that means selling to new demographics.

Others have taken the approach of “those darn kids” and shake their fists at the non-reading youth of today. They would rather play video games than read a comic. Why read about the X-Men when you could, instead, play AS one of the X-Men in a video game?

Of course, there’s also the idea of accessibility. You can rarely find comics on newstands or stores. Buying a comic requires a trip to a comic shop, which not every city has. Even if you do have a comic shop, it’s not always a friendly place. Children aren’t welcome to spend hours paging through the comics, like they would in front of a spinner rack.

If I had to guess, my answer to the problem would be all of the above.

Two examples. A decade ago, my son, then at the age when I picked up my first comic, was obsessed with the characters before he had ever read a comic. He had a Spider Man poster over his bed. He would wear his Batman costume around the house, sneaking from behind the couch to throw a foam battarang at me. We played a game called Heroclix where he knew all the obscure characters you could play. If any child would be a future comic reader, it would be him.

A proud Dad, I took him to a comic shop…only to be met with suspicious stares, and unfriendly help. Being knowledgeable about comics, I went around to find him books he might like. I had little success. In an attempt to be more “adult” and “serious,” the books presented barriers. You needed decades of knowledge of the characters. There were no jumping on points. No issue contained it’s own story. (Batman Adventures was an exception.) We could never find three or four issues a week for him to pour over like I did. Even if we could have, the cover price alone makes it impossible. (Adjusted for inflation, I paid the equivalent of $1.65 per issue. Today the average cover price is $3.99 to $4.99) He then gravitated to manga, a form I find somewhat baffling, before giving it up entirely. He knows the characters through movies, but he’ll never take his child to buy an American comic. Two generations lost for the medium. 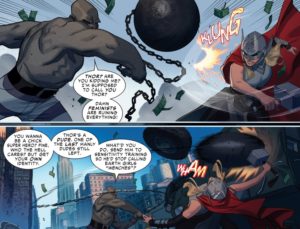 Toxic Masculinity can only be defeated by Toxic Misandry.

The next example is me introducing a new reader to comics. My writing and podcasting partner had never read a comic as a kid. She didn’t relate to the characters. She wanted to be Nancy Drew, not Batman. For our podcast, she now reads about 12 to 18 comics a month. Most feel like punishments. Incomprehensible characters. Muddled art. Ham fisted messages. Lack of discernible character motivations. Even with the women-written issues, featuring strong women characters, they aren’t anything that would have appealed to her when she was younger. The characters all lack flaws, for example. How can you have drama if the lead character is always flawless?

Bringing it back to jazz, who are jazz musicians playing for? Count Basie played for the people who came to dance. Ella played for people coming out for a good time at her shows, for the radio, for the listeners. Today, jazz runs away from the popular. The days of unruly kids running riot and dancing the jitterbug is as archariac as young kids sitting under a tree with comics. Today jazz is all about sophistication. Long free form performances are the rule, the tight piece you can dance to is gone. We’ve replaced Stompin’ at the Savoy with half empty bars, surrounded by people who look like Woody Allen, listening to the musical equivalent of watching someone self pleasure himself for a half hour. If you don’t like it, then you’re obviously unsophisticated. Begone, philistine, and listen to rap…and the kids do. Goodbye jazz. Like classical, you’ve become soundtrack and background noise.

In the end, the market decides. People vote with their dollars, and you either adapt or fade away. Gone are the days where the bandleaders would reign in the jazz artists, so they could bring in the crowds. Gone are the comic editors who didn’t give a damn about what was in the comic as long as it moved off the stands. You can make all the excuses you want, but the numbers don’t lie. Can comics survive when they cost more to make than they earn?

Doesn’t take the world’s greatest detective to figure that one out.

Shit, I typed Wednesday Morning Links by accident. Maybe its because if I had a chance to, I'd live that…